I'm sick of casual games. Do repetitive stuff to get coins/stars/points. Spend points to get better equipment. Continue doing more repetitive stuff. After the first five minutes, they aren't fun at all. Games with in-app purchases are particularly bad, as they force you to do the same mindless chores again.

A few months ago, I had purchased a game called Little Inferno but I only just got around to playing it. It is brilliant. Estimating by the game content, I have played one tenth of the total game. Made by the same people who made the World of Goo, it is as enjoyable as my experience with the World of Goo.

The basic concept is boringly simple: you have a fireplace and you burn things. That gives you coins, with which you can purchase other things. But in a crazy twist, there are no in-app purchases. You get more coins when burning your things, so your cash keeps growing. Even if you somehow run out of money, there are small bugs that will give you coins for free. It gets even twisted...

There is no aim, there is no goal. You never lose.

You play for fun.

There is some story-line in the game, but that doesn't keep you going. What keeps you going is that this game is fun. You burn stuff, and it does interesting things. Sometimes burning things together does interesting things. It is difficult to explain why anyone would want to play it. Ever threw something in a camp-fire to see what happens? Well, this game is like that. You burn stuff, then head to your catalog to see what else you can burn. You could be done in five minutes and stop playing. Or you could burn stuff for hours. Either way, you get calm and enjoyment. That sets it apart from a significant chunk of the games already.

This game does two things which are remarkable. First, it has a commentary about the state of the world that unravels as you play it. I'm far from the finish, but the hints till now suggest an interesting message about the world we live in. The game is also a hilarious look at casual games, and how inane casual games have become. If it were that alone, it would be a gem. However, more importantly, this game is truly funny. The things you get are funny. The way they burn is funny. As it proceeds, the game introduces you to more elements. The instructions are funny, the in-game characters are funny.

Why must games be about the same boring concept? Why are half the games about being a soldier -- fighting or shooting? Computers are limitless: games should experiment and develop their own message and goals. How does it feel to be a honeybee? Maybe a game should allow you to find out.

Little Inferno is available from their product website. For the next two days, you can buy the Humble Bundle which includes Little Inferno. Runs on Linux, Android, Mac, Windows, toasters, ...

It is surprisingly, funnily, engagingly good. Now throw this review in a fire! 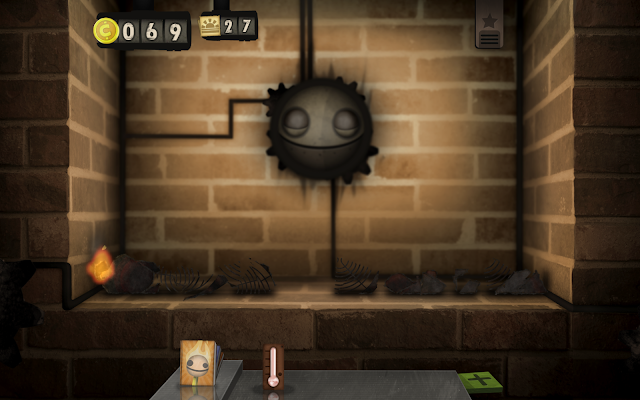