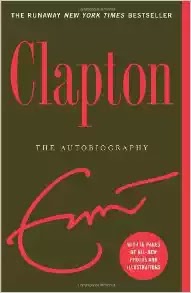 I'm learning Lead guitar from Harvey Vinson's book.  I came across this book in a used bookstore, and it came with flexible record.  Apparently, this is was how music was shipped in the Analogue age.  The technology involved is quite impressive: you can stamp these flexible records out quite cheaply, they are flexible and light.  And you can play it without electricity, if you have a hand-cranked turntable.

So I was talking about this book with my friends, and one of them offered to transcode the record into a format for the digital age.  Mr. DM took the book from me, and returned me three files containing both sides of the record. Side One has a short tuning prelude, and then a rhythm backing track for standard blues in G.  Side Two has tuning, a triplet blues backing track in G, and a track for turnaround in G.

The choice of G is interesting: I much prefer the key of A.  While you are learning, it doesn't matter.

The book goes through the pentatonic scale, the blues variation, and shows you how to build lead for a standard 12 bar blues song.  With the backing track, you can practice and make your own song.  This format works very well: you are learning something basic, and then the book gives you enough understanding to start making your own music.  To a student, this is the most fulfilling part of learning: creating something new.  Many guitar books start the student out on basic tunes.  For a while this is sufficient, but many students tire out of playing dull tunes.  It is exciting to be able to make your own music, to record it, and share it with friends.  This book gives you enough insight that you can start learning the basic of 12 bar blues, and gives you enough starting points to develop your own solos, and your own riffs.

Here are the audio files, in case you have this obscure book, and are stuck with a record that you cannot play any more.  You can download these files and play them locally as backing tracks while you are using the book.  You can also add the audio track to your existing audio project (Logic Pro or Audacity) and record your lead guitar in a separate track. 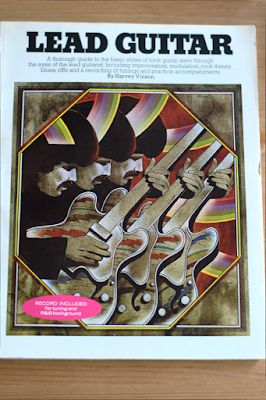 Limiting the rate of ssh connections

The internet is a wild place.  I have an SSH server that is open.  The machine is locked down with very few accounts, all with long passwords, but that doesn't deter attackers from trying to get into the machine.  Most attacks are against the root account, which is futile since the root password is hopelessly long.  And it only accepts public key authentication on that account.

Here is a script I use to limit the number of ssh connections.  As a sample, I show how to rate-limit connections to two ports (222 and 2222) down to one connection in a 60 second window.  Most automated attack scripts back off very rapidly when they notice that they don't get through.  So this easy remedy is enough to thwart a majority of the bot-infested machines.

Why don't banks have two-factor authentication?

In the last few months, there has been a spate of passwords leaks and personal information leaks from online sites.  A simple solution for this is Two-Factor authentication.  It requires two distinct components: something you know, and something you have. Usually, you know a password: which is secret.  But you also need an object that is unique to you.  Sometimes this is a special electronic device that prints a very special number based on what was programmed into it.  Sometimes this is a cell phone that can receive text messages (so it is unique).  Sometimes it is a special app on your phone that generates numbers that are unique to your phone.  Even if someone watches you type your password, they don't have your special device.  So they can't log into your account.

Prominent websites have started developing support for Two-Factor authentication, to keep their users safe.  It is disappointing how few American banks support this. I stand to lose more if my bank password gets compromised than if my email account gets compromised.  Capital One promotes Multi-Factor Authentication. It sounds very distinguished, till you learn what it is.

This is from Capital One's page on Multi-Factor Authentication:

What is multi-factor authentication (MFA) and how does it work?


Multifactor authentication is an extra level of authentication for verifying a customer's identity and preventing unauthorized users from accessing financial information.
At enrollment you will set up a series of five security questions.  These questions do expire, so from time to time, you may be asked to update your questions upon signing into your account.  In this instance, you will be presented with a selection of five sets of questions. You’ll be asked to choose the five that are the most meaningful to you and to type in your answers.
You may be asked to answer security questions if our systems require verification that it is you attempting to access your account.  These questions are also used to gain access to your account in the event that you have forgotten your username and password. This is an added layer of security to ensure that the right person is signing into your online account.
If you wish to change your security questions, you can do so online. Just sign in to Online Banking, then click the My Info tab. Click the (+) sign next to Update my sign in information and select the Edit button next to the Security Questions section to update.


It is a couple of extra questions with answers that anyone can type out.  In addition, both the questions and their answers have to be stored on the server (perhaps in cleartext).  It isn't multi-factor at all: it is one factor, just more of it.  To add insult to injury, the questions are hilariously complicated, "What is the last name of your first boyfriend?"  If that increases security, I suggest this question for Capital One to consider for their next round, "What is the last name of your grandmother's first boyfriend?"

Six passwords instead of one don't make you safer. 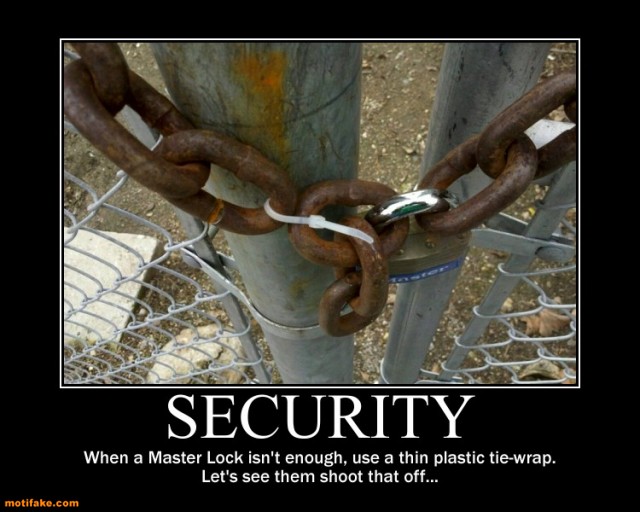