Book Review: The Continent of Circe by Nirad Chaudhuri

Want to read a possible theory about Hindus and Hindu behavior? Read the confusing book, "The Continent of Circe", by Nirad Chaudhuri.

"The Continent of Circe" is a book published in 1966 by Nirad Chaudhuri. He grew up in Bengal and writes about the Indian freedom struggle. His views are very different from mainstream views about India. He differs from both Western authors and Indian authors, which makes his writing unique. Some of the arguments made in this book are
That's as far as I made it through the book. As you can tell, some of the arguments are correct and obvious while others are strange and need explaining. Explanations are provided, though the language in the book is bizarre and complex. For one, the essays appear unedited. The language is complex, sentences are long and winding. The author rambles on, and paragraphs are disconnected and dry. Every other paragraph has some foreign phrase which makes it doubly hard to understand the intent. Here is a typical sentence:

Today, as an old man I would say that I have seen so much of this feckless tragedy of Hindu life on this green earth and under the blue sky, that the moment I see any sign of the Hindu dementia in me, I shall cry out, "Nunc dimittis..."

Entire passages from foreign languages are quoted. I gather there is some French, German, Latin involved, and I'm glad the typesetter did not have Cyrillic or Japanese or Chinese characters. I don't know what to make of the strange writing style and the profusion of Latin. I'm sure the words "De rerum indicarum natura: exempla gentium et seditionum" appeal to learned people. An illiterate villager like me has no idea what the hell just happened.

Is it pretentious writing? Did everyone write like this in 1960? Or am I too dumb to understand it?

One thing is certain. Nirad Chudhuri was original. He sees the vast difference between Indian and Western behavior and tries to explain the difference. He isn't pandering to either group: his observations are brutally honest and his analysis is equally impartial. The standard Indian reaction to him is to call him prejudiced and bitter. I don't agree with that. His brutal honesty hurts Indian sentiment. Indians prefer objectivity to be coated with lots of warm love about Indian greatness. Nirad Chudhuri also points out the poor aspects of Western behavior. His praise and condemnation is showered on both groups equally.
Read him, if only to see how honest and unabashed an Indian author can be. 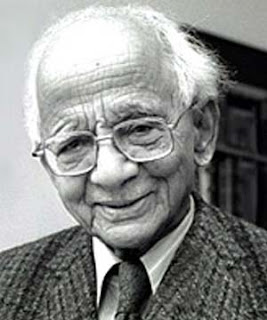